Happy April!
It’s a new month,which means a new “To-Be-Read” pile.
Below is a photo of the books I plan to read this month.
Have you read any of these books yet? What did you think?

What books are listed on your April TBR?

Welcome to my monthly recap post, in which I fangirl over the books I read in the last month, bookish items I acquired, book events I attended, bookish news, and/or subscription boxes I received this month.

Thank you to Fierce Reads/Macmillan for an ARC of To Kill A Kingdom.

A huge thank you to Sarah Barley and Flatiron Books for The Hazel Wood tote bag and an ARC of I’m Not Missing by Carrie Fountain.

Thank you to Jaime at Fiction Fare for the trade. I read The Cruel Prince immediately and loved it.

Icey Designs created an Uprooted themed candle and it smells so good.

My friend Shannon gifted me this beautiful book sleeve that is A Million Junes themed. EEKKK…THANK YOU, SHAN!

November “Book of the Month” Pick

How did you treat your shelves in November? 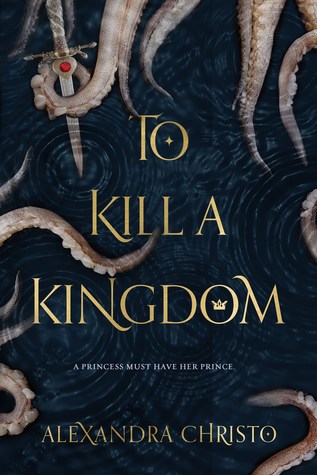 Princess Lira is siren royalty and the most lethal of them all. With the hearts of seventeen princes in her collection, she is revered across the sea. Until a twist of fate forces her to kill one of her own. To punish her daughter, the Sea Queen transforms Lira into the one thing they loathe most—a human. Robbed of her song, Lira has until the winter solstice to deliver Prince Elian’s heart to the Sea Queen or remain a human forever.

The ocean is the only place Prince Elian calls home, even though he is heir to the most powerful kingdom in the world. Hunting sirens is more than an unsavory hobby—it’s his calling. When he rescues a drowning woman in the ocean, she’s more than what she appears. She promises to help him find the key to destroying all of sirenkind for good—But can he trust her? And just how many deals will Elian have to barter to eliminate mankind’s greatest enemy?