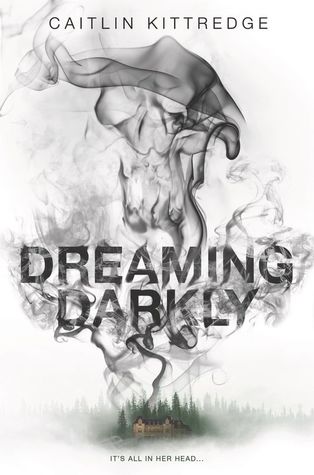 Ivy Bloodgood’s mother is dead, and she should probably be sad about it. But she isn’t. Myra Bloodgood was confusing mix of protective and abusive, a manipulative personality who never told the truth—about where she came from, who Ivy’s father was, or why they were living their lives on the run.

Now that Ivy has been sent to Darkhaven, an island off the New England coast, to live with a rich uncle she didn’t know existed, she is forced to reckon with her mother’s past. Ivy can tell right away there are long-held family secrets buried within these walls, but when she wakes up from one of her nightmares covered in someone else’s blood, Ivy fears that whatever demons her mother battled while she was alive have come to roost in her own mind. Scared that she can no longer trust what she sees, Ivy seeks the help of a boy who thinks her episodes are connected to the sordid history of Darkhaven—but what they don’t know might kill them both.

A moody and twisty gothic mystery with an impossible romance, Dreaming Darkly is an atmospheric, fast-paced page-turner written by comics veteran Caitlin Kittredge.

2 thoughts on “Waiting on Wednesday: Dreaming Darkly by Caitlin Kittredge”