I am so excited that THE EPIC CRUSH OF GENIE LO by F.C. Yee is available now and that I get to share the news!
If you haven’t yet heard about this wonderful book by Author F.C. Yee, be sure tocheck out all the details below.
This blitz also includes a giveaway for 5 finished copies of the book and a bookmark courtesy of Pique and Rockstar Book Tours. So if you’d like a chance to win, enter in the Rafflecopter at the bottom of this post.
About The Book: 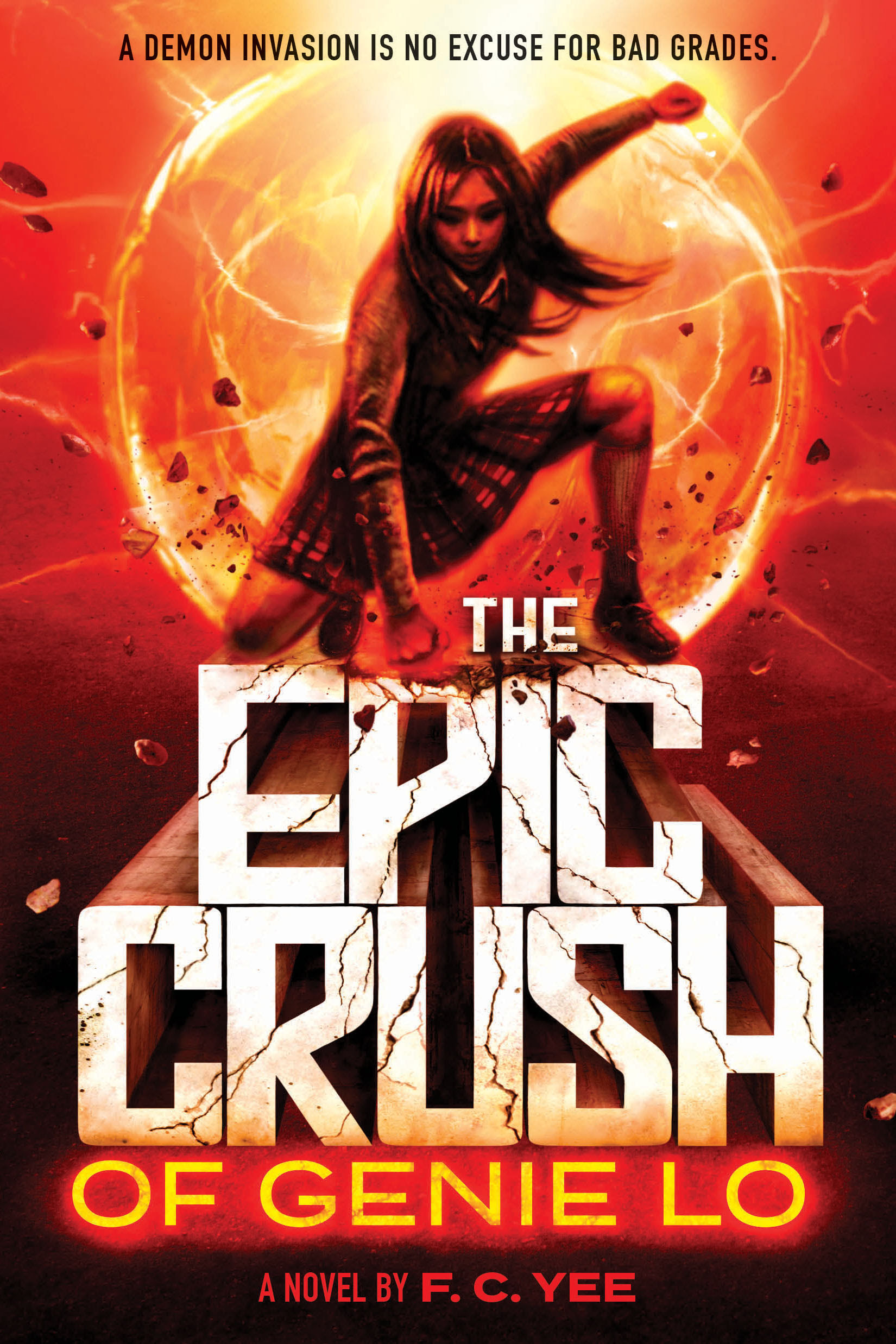 The struggle to get into a top-tier college consumes sixteen-year-old Genie Lo’s every waking thought. But when her sleepy Bay Area town comes under siege from hell-spawn straight out of Chinese folklore, her priorities are suddenly and forcefully rearranged.

Her only guide to the demonic chaos breaking out around her is Quentin Sun, a beguiling, maddening new transfer student from overseas. Quentin assures Genie she is strong enough to fight these monsters, for she unknowingly harbors an inner power that can level the very gates of Heaven.

Genie will have to dig deep within herself to summon the otherworldly strength that Quentin keeps talking about. But as she does, she finds the secret of her true nature is entwined with his, in a way she could never have imagined…

“GREETINGS,” HE SAID, HIS ACCENT THICK BUT HIS VOICE LOUD and clear. “I have arrived.” Now, I’d done my best to describe this guy to the police. They pressed me hard for details, as apparently this wasn’t the first group mugging in recent weeks.

But I’d let Officers Davis and Rodriguez down. Nice eyes and a winning smile weren’t much to go by. I was too frazzled to notice anything before, which meant this was my first decent look at the boy without the influence of adrenaline.

So a couple of things.

One: He was short. Like, really short for a guy. I felt bad that my brain went there first, but he wasn’t even as tall as Mrs. Nanda.

Two: He was totally okay, physically. I didn’t see how anyone could be up and about after that beating, but here he was, unbruised and unblemished. I felt relieved and disturbed at the same time to see there wasn’t a scratch on him.

And his mint condition just made Point Three even more obvious.

Nothing good could come of our new classmate being that handsome. It was destructive. Twisted. Weaponized. He had the cheekbones and sharp jawline of a pop star, but his thick eyebrows and wild, unkempt hair lent him an air of natural ruggedness that some pampered singer could never achieve in a million years of makeup.

“Argh, my ovaries,” Yunie mumbled. She wasn’t alone, judging by the soft intakes of breath coming from around the room.

“Arrived from where?” said Mrs. Nanda.

Quentin looked at her in amusement. “China?”

“Yes, but where in, though?” said Mrs. Nanda, trying her best to convey that she was sensitive to the
regional differences. Fujianese, Taishanese, Beijingren—she’d taught them all.

He just shrugged. “The stones,” he said.

“You mean the mountains, sweetie?” said Rachel Li, batting her eyelashes at him from the front row.

The class giggled at his English. But none of it was incorrect, technically speaking.

“Tell us a little about yourself,” Mrs. Nanda said.

Quentin puffed out his chest. The white button-down shirt and black pants of our school’s uniform for boys made most of them look like limo drivers. But on him, the cheap stitching just made it clearer that he was extremely well-muscled underneath.

“I am the greatest of my kind,” he said. “In this world I have no equal. I am known to thousands in faraway lands, and everyone I meet can’t help but declare me king!”

There was a moment of silence and sputtering before guffaws broke out.

Mrs. Nanda as politely as she could. “I’m sure you’ll fit right in?”

Quentin surveyed the cramped beige classroom with a cool squint. To him, the other twenty-two laughing students were merely peons on whom his important message had been lost.

“Enough wasting of time,” he snapped. “I came to these petty halls only to reclaim what is mine.”
Before anyone could stop him, he hopped onto Rachel’s desk and stepped over her to the next one, like she wasn’t even there.

The new student ignored her, stalking down the column of desks. Toward mine.

Everyone in his way leaned to the side to avoid getting kicked. They were all too flabbergasted to do anything but serve as his counterweights.

He stopped on my desk and crouched down, looking me in the eye. His gaze pinned me to my seat.
I couldn’t turn away. He was so close our noses were almost touching. He smelled like wine and peaches.

Quentin gave me a grin that was utterly feral. He tilted his head as if to whisper, but spoke loud enough for everyone to hear.

“You belong to me” 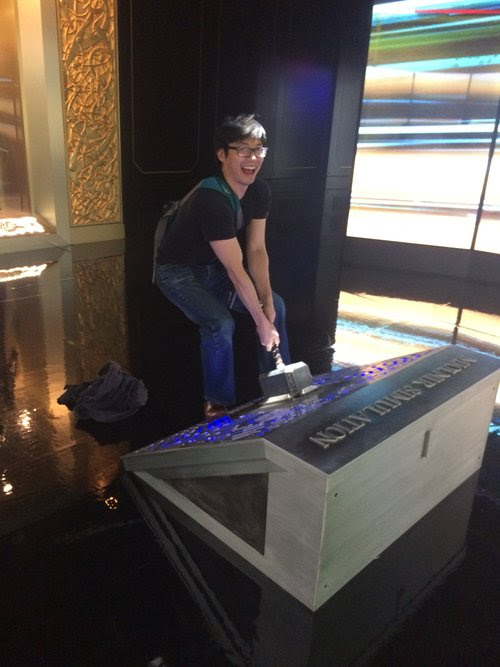 About F.C:
F. C. Yee grew up in New Jersey and went to school in New England, but has called the San Francisco Bay Area home ever since he beat a friend at a board game and shouted “That’s how we do it in NorCal, baby!” Outside of writing, he practices capoeira, a Brazilian form of martial arts, and has a day job mostly involving spreadsheets.

5 winners will receive Genie Lo prize packs—complete with a finished copy of the book and a special Genie Lo horoscope (that doubles as a bookmark!), US Only.