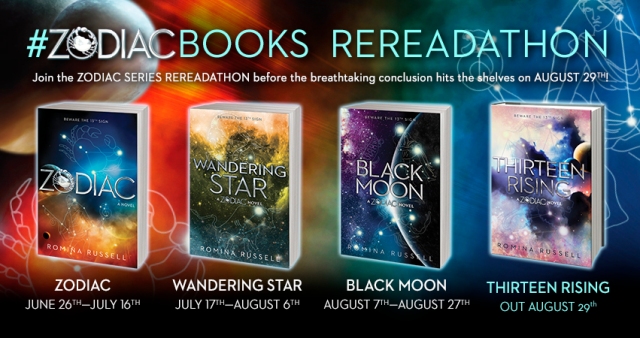 Hi everyone, thank you for joining me today for Penguin Teen’s rereadathon campaign of the Zodiac series by Romina Russell. Below check out information about Zodiac, my RAVING review and a snack recommendation for Zodiac, and enter the giveaway to win a set of the Zodiac series. Good luck and enjoy! 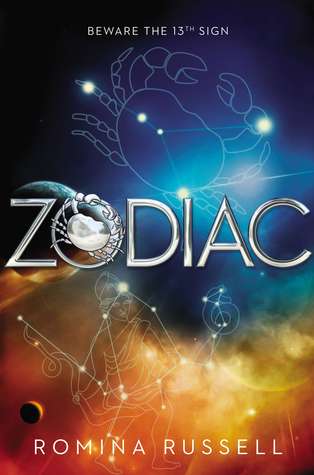 At the dawn of time, there were 13 Houses in the Zodiac Galaxy. Now only 12 remain….

Rhoma Grace is a 16-year-old student from House Cancer with an unusual way of reading the stars. While her classmates use measurements to make accurate astrological predictions, Rho can’t solve for ‘x’ to save her life—so instead, she looks up at the night sky and makes up stories.

When a violent blast strikes the moons of Cancer, sending its ocean planet off-kilter and killing thousands of citizens—including its beloved Guardian—Rho is more surprised than anyone when she is named the House’s new leader. But, a true Cancerian who loves her home fiercely and will protect her people no matter what, Rho accepts.

Then, when more Houses fall victim to freak weather catastrophes, Rho starts seeing a pattern in the stars. She suspects Ophiuchus—the exiled 13th Guardian of Zodiac legend—has returned to exact his revenge across the Galaxy. Now Rho—along with Hysan Dax, a young envoy from House Libra, and Mathias, her guide and a member of her Royal Guard—must travel through the Zodiac to warn the other Guardians.

But who will believe anything this young novice says? Whom can Rho trust in a universe defined by differences? And how can she convince twelve worlds to unite as one Zodiac?

Embark on a dazzling journey with ZODIAC, the first novel in an epic sci-fi-meets-high-fantasy series set in a galaxy inspired by the astrological signs.

THE RAVES: A SHORT REVIEW

Zodiac is a unique read that blends both astronomy and astrology into a space adventure story that focuses on a young heroine, Rho, trying to make sure that good conquers evil. Throughout the novel, Rho is tested not only by her own home, the House of Cancer, but by the other Guardians and Houses that she is trying to convince are all in danger. Reluctantly, she has to warn everyone that their common enemy is someone that they all thought was only a legend. Zodiac is an action-packed page-turner with intense scenes, charming male characters, and a plot-line filled with twists, turns, and so many mysteries. I could not put this book down.

While reading any book, I usually have a snack at my side. Zodiac is filled with intriguing moments and scenes, and I was always reaching for something to munch on but never turning my eyes from the page. While reading Zodiac, I turned to one of my favorite snacks that I always crave but added a sweet twist to it: Popcorn with a hint of sweetness from sprinkles.

Ingredients:
For this snack, you will only need two ingredients:  popcorn and sprinkles. I decided to use regular popcorn, because I love the salty taste, and different colored sprinkles, which include star-shaped and sparkling sugar. 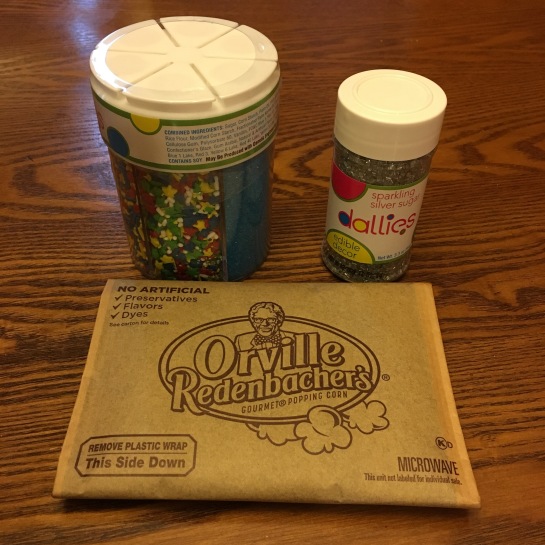 Directions:
Pop your popcorn, according to the directions on the packet, and then add your sprinkles of choice. WHA-LA! You have the perfect mix of a salty snack with a hint of sweetness. 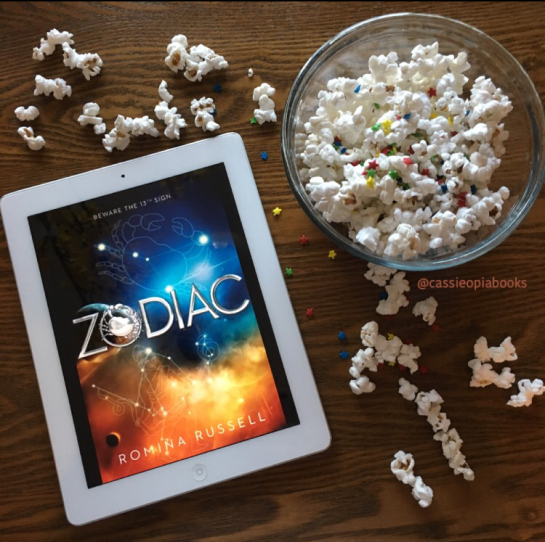 Enter for a chance to win either one (1) grand prize set of Romina Russell’s Zodiac Series in paperback, including Zodiac, Wandering Star, and Black Moon (32.97) or to be one (1) of five (5) second place winners to receive a copy of Zodiac by Romina Russell (ARV: $10.99 each).

NO PURCHASE NECESSARY. Enter between 12:00 AM Eastern Time on June 26th, 2017 and 12:00 AM on July 17, 2017.  Open to residents of the fifty United States and the District of Columbia who are 13 and older. Winners will be selected at random on or about July 21, 2017. Odds of winning depend on number of eligible entries received. Void where prohibited or restricted by law.

Note: Thank you Penguin Teen for allowing me to be a part of the #ZodiacBooks ReReadathon campaign.