“If It’s Not  A Rant, It’s A Rave” is a new feature on my blog, in which I “RAVE” about awesome conventions, book events, and/or author signings that I have attend.

On June 1, 2016 I met Rick Yancey, the author of the The 5th Wave series, at Joseph Beth Booksellers in Cincinnati, Ohio. I love this series, and I HAD to meet Rick again. I’m not a big picture taker, but I tried to take as many pictures as I could without looking like a creeper. And by the way, Rick Yancey is hilarious in person. He has the greatest stories and answers to audience questions. 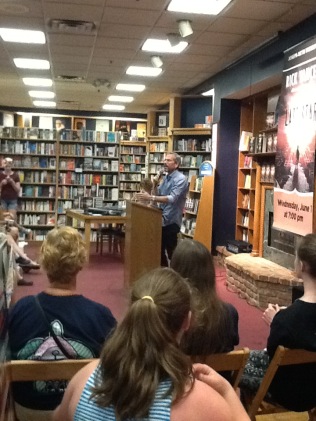 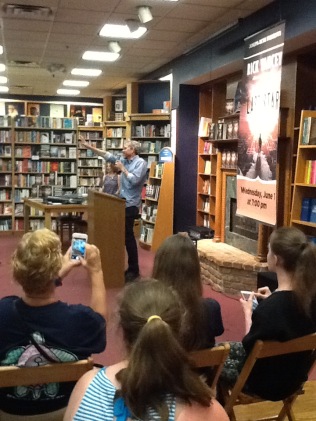 I have met Rick Yancey in the past, so I already had the first two books of the series signed, but nothing and no one was going to stop me from getting my pre-ordered copy of The Last Star from being signed (HAHAHA!).

It’s not everyday you meet an author who has a character with your name.

A few highlights from Rick Yancey at the event… 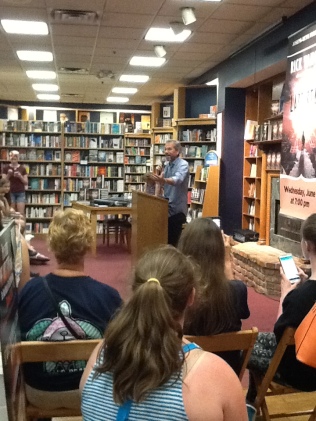 If you haven’t read The 5th Wave series yet, I highly recommend that you do. You won’t be disappointed. I have not read The Last Star yet, but I’m prepared to be wowed, awed, and heartbroken (I was warned).

2 thoughts on “Book Event with Rick Yancey: If It’s Not a Rant, It’s a Rave”